Note: To find all references on this subject, search for the categories “progesterone” AND “breast” using our Research Search Tool.

After the WHI trial was stopped it was widely reported that the patients receiving combined treatment with estrogen and progestin had a higher incidence of breast cancer than the group receiving estrogen alone, however, bioidentical progesterone was not used in this study. Bioidentical progesterone has been found not to increase the risk of breast cancer when used in combined hormone therapy with estrogens, while synthetic progestins did increase the risk (Fournier et al. 2005).

There is evidence that women with progesterone deficiency have a markedly increased incidence of breast and other cancers (Cowan et al. 1981), and also that the application of progesterone cream to the breasts decreases proliferative activity in breast tissue while estradiol cream increases such activity (Chang et al. 1995). In a study of women undergoing breast tumor excision, those who had higher levels of circulating progesterone at the time of excision had a significantly improved prognosis, the authors concluding that the tumor tissue was not in an actively proliferating state at the time of excision because of progesterone’s antiproliferative effects (Mohr et al. 1996).

The role of hormone balance in the development and prevention of breast cancer is still a subject of much controversy. More research is needed in this area. An interesting discussion that is on the edge of new thinking about the role of natural and synthetic hormones in the biochemistry of breast cancer can be found in the book “What your doctor may not tell you about breast cancer – how hormone balance can help save your life” by JR Lee, D Zava and V Hopkins, Warner Books, New York 2003. 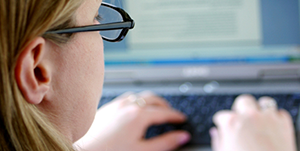